Looking Back At The 2018 New York Marathon

Looking back at the 2018 New York Marathon

2018 is the 60th anniversary of the New York Road Run Association (NYRR), and the last year of the work of President Peter Ciaccia (Peter Garcia), the 2018 New York Marathon is destined to be extraordinary!

This non-profit organization, which was originally composed of 55 runners, has grown into the world's largest running organization and also runs the largest city marathon on the planet.

As the world's largest city marathon, more than 50,000 athletes will start at four points in the starting point, with a span of more than a few hours.

The starting point for the New York Marathon is at STATEN ISLAND on the southern tip of the city. All runners will arrive at the Verrazano Bridge on the Bay of New York by ferry or bus. 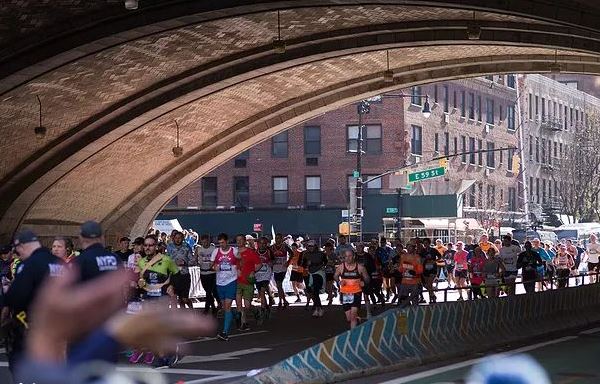 With the sound of salutes, the Verrazano Bridge became the ocean of thousands of runners, and today they will start here to complete an unforgettable marathon journey to get to know a different New York.

The women's elite started the first round, and Mary Keitany, who had won the three-time New York Marathon Women's Championship, took the first group to pass the halfway with 1:15:50. For New York, which is relatively simple in the first half, this half-time is not ideal. However, Keitany did not disappoint, only used 66:57 in the second half, and finally won the women's championship with 2:22:48. This is Keitany's fourth New York Marathon Champion, which is the second fastest in New York women's history.

The men’s marathon in 2018 has brought us too many surprises, and this has affected the list of men’s elites in the New York Marathon. This year's men's elite in New York is led by two Boston Marathon champions Lelisa Desisa and last year's New York Marathon defending champion Geoffrey Kamworor.

At the beginning of the game, it was destined to be a battle between Desisa and Kamworor. The first group maintained a fast pace, and the first half cost 63:55. After entering the second half, Desisa took the London Marathon runners Shura Kitata and Kamworor to highlight.

In the final position of 42 kilometers, Desisa took off his hat and began to accelerate. In a short time, the distance was opened. With this acceleration Desisa crossed the finish line at 2:05:59 and won the championship. This is Desisa's first New York Marathon champion, and he also ran the second fastest time in the history of the New York Marathon. Shura Kitata followed Desisa and finished second with 2:06:01. Last year's defending champion Kamworor ranked third with 2:06:26.

As time went by, the players who arrived at the end gradually began to increase. For most players, when they arrive at the Fifth Avenue leading to the finish line, it is dusk. The golden sun is spreading on the axis of the most famous Manhattan Island as if it were the glory of the red carpet laid by the runners.

Of course, we must not forget the hard work of countless volunteers on this road. You are an indispensable part of this marathon carnival.

If one color is used to represent today's New York, it must be blue, and the blue cloak of tens of thousands of New York Marathon finishers will light up the city's slightly dim streets today.

A Marathon Medal So Beautiful,is That Useful?
What Are The Well-known Marathons In The World?